Home For Students My Training

Cloze, or fill-in-the-blank, questions are some of Membean's hardest training questions. Students initially answer fewer than 1 in 4 questions of this type correctly. Over time this ratio improves. This article will explain what to expect from Cloze questions.

When you receive a Cloze question, don't panic! Missing these questions is okay; in fact, as long as you take the time to review the correct answer and study the Word Page, missing questions is good for your memory.

If you mistype one letter of the word, then the Check Spelling notification will appear along with the incorrect and correct spelling. If you see this notification, the question is still considered correct.

If you get the Cloze question wrong, the correct answer will autofill and your answer will be marked as incorrect. Your wrong answer is removed; it is replaced by the correct one. This gives you the opportunity to review the answer before proceeding to the Word Page.

If you have to type the full word, then it's likely that your teacher wants you to practice your spelling as well as your recall, so they've enabled the Require Full Spelling setting in your preferences.

Definition Cloze questions require you to remember a word given its definition. The definition provided is written in a complete sentence and generally matches the one given on the word's Membean page.

All definition Cloze questions have:

Image Cloze questions encourage you to associate the target word with a related image. Connecting your words with images is a powerful way to strengthen your understanding and memory of the word. 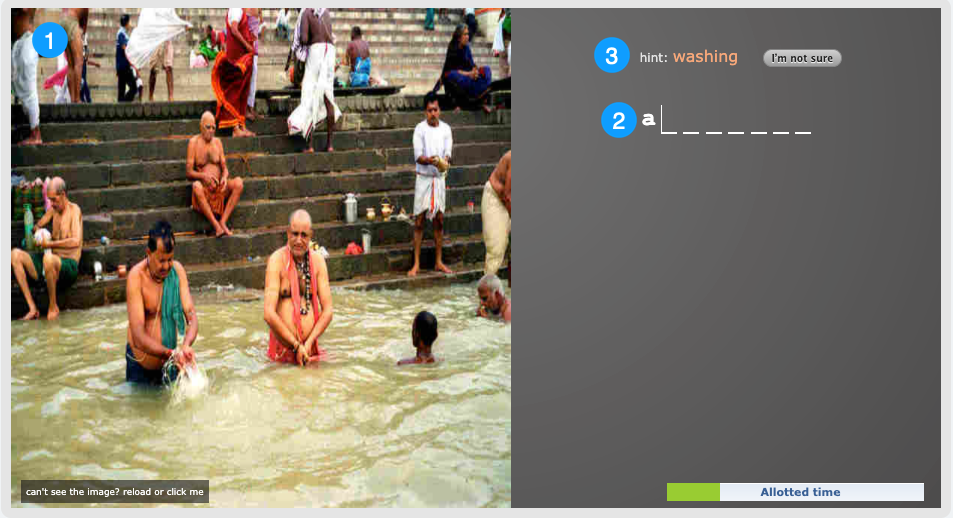 All image Cloze questions have:

All context Cloze questions have:

Be prepared to get Cloze questions incorrect, as most students do get them wrong initially. Cloze questions are NOT tested on quizzes, but nevertheless they are very important in training. They strengthen your ability to recall your words more so than multiple choice questions, so they make it more likely that your Membean words will make it into your personal vocabulary. Treat Cloze questions like a challenging game; pay attention to them and you'll see that the words you answer correctly will show up in your writing.

Did you find it helpful? Yes No

Send feedback
Sorry we couldn't be helpful. Help us improve this article with your feedback.
Still need help or have questions? Please email Membean support at support@membean.com.